Apple held its annual Worldwide Developers Conference (WWDC) today. Apple made significant updates to their operating systems announcing iOS 15, iPadOS 15, macOS Monterey, watchOS 8, and more. However, we didn’t see the release of any new hardware this year at WWDC. Listed below are the top features for each operating system.

The latest iteration of Apple’s iOS 15 comes packed with features that help users stay more connected to each other amidst the pandemic and takes advantage of artificial intelligence and machine learning to be able to do more. iOS 15 brings huge changes to FaceTime including spatial audio for more natural calls, voice isolation, portrait mode, and SharePlay, which allows you to watch movies, listen to music, and share screens with your friends altogether through FaceTime. Grid view is also available for group FaceTime calls so you can see all the participants simultaneously. FaceTime looks to compete with Zoom and other conference applications with FaceTime Links, which allows you to schedule and share FaceTime calls with a web link, so even Windows and Android users can join from their browser.

Messages also receives an overhaul with the Shared With You feature, which allows you to better enjoy the content that others have shared with you in Messages, and will have a corresponding section built into Photos, Safari, Apple News, Apple Music, Podcasts, and more. There is also Photo collections which changes the way multiple photos appear in Messages and new Memoji outfits to express yourself.

Notifications have been redesigned to include contact photos and have larger icons for easy identification. You can also quickly catch up on your notifications with a Notification Summary that is created and intelligently ordered by priority based on your application usage patterns. Apple also adds the ability to set your “Focus” status which helps you concentrate and only allows certain notifications through to help you work and rid you from distractions.

Safari receives a redesign as well that is meant to maximize screen space. Tabs have been redesigned and are now accessible through a bar at the bottom of the screen. You can also save and organize your tabs through tab groups that easily sync across all your devices. Safari also now has support for browser extensions.

Apple Wallet has also been updated to allow you to add your drivers license and ID, add hotel keys from participating hotels, or unlock your house, office, and car all from your iPhone.

Through artificial intelligence, Apple has announced Live Text, which is able to analyze images to transcribe text, translate languages, look up directions, make a call, and more. Visual Lookup also uses AI to provide more information and the objects in your photos so you can quickly learn about the art, landmarks, nature, books, and animals that are present in the image.

Other changes and features in iOS 15 include a more immersive Maps experience, redesigned Weather app, improved Spotlight search, updated Health app to keep track of you and your loved ones, more secure Privacy features, and more.

iPadOS has also been updated to allow users to be more productive and do more with the iPad. Multitasking has been improved to be more intuitive and more powerful. Users can easily split-screen and switch apps with a new multitasking menu and shelf.

The App Library is also now available on the iPad, allowing you to easily organize your apps and various pages. There are also a bunch of new widgets that come in larger sizes and can be placed directly on the home screen.

The new iPadOS also improves upon the note taking abilities of the device with Quick Note. Users can swipe from the bottom right corner to be able to start a Quick Note from anywhere and easily jot down important information, copy links, and add tags.

macOS gets updated with Monterey. The new macOS includes many features from iOS and iPadOS such as the FaceTime improvements, SharePlay, Shared With You, QuickNotes, Live Text, and Focus. macOS Monterey also gets its own Safari redesign with a streamlined tab bar that takes up less space and access to tab groups.

Apple also announced Universal Control, which allows you to seamlessly use your Mac and iPad together, simply put your devices next to each other, and use your keyboard and mouse to move your cursor from your Mac to your iPad and work between them instantly, and even drag and drop content from devices.

AirPlay also comes to Mac, you can share and play content from other Apple devices on the display of your Mac, or even use the Mac display as a mirror or extension of your device. The Mac can now even function as an AirPlay speaker allowing you to play music or podcasts from another device.

Shortcuts are also now available on Mac allowing you to automate various tasks through using the prebuilt shortcuts in macOS, or by creating your own with the shortcut editor.

There was also some incremental updates for watchOS that help you stay more active and connected. Portrait mode photos of your friends and family can now be used as dynamic, multilayered watch faces, and images from your Photos Memories and Featured Photos are now automatically pushed to your watch.

Sharing and messaging has also never been easier on the Apple Watch. You can now send photos using Messages and Mail, compose messages using either dictation, scribble, or emojis, and express yourself from a massive library of GIFs.

Health and fitness have also been heavily focused on with the Apple Watch, and watchOS 8 improves upon this aspect. Mindfulness has been introduced, a meditation app that has various breathing exercises and a reflection feature accompanied by various visualizations. The Sleep app can now also track your sleeping respiratory rate as well as track your sleep data and trends over time. Lastly, the Fitness app gains additional workouts such as Pilates and Tai Chi, as well as a new guest trainer and Artist Spotlights added to Apple Fitness+.

WWDC also announced other updates such as improvements to Privacy, Health, Siri, HomeKit, iCloud+, and more. Ultimately, WWDC was a well produced event that announced many great features and additions to iOS, iPadOS, macOS, and watchOS. Although the lack of hardware was a bit disappointing, it is expected given that WWDC is meant to be software focused. The Developer Betas for the operating systems will be available today, with Public Betas being available in July, and the final release slated for the fall. 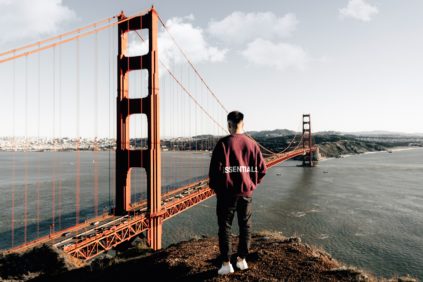