The iPad Pro that was released in 2018 was excellent for the most part, even today it feels like a complete device with few flaws, at least on the hardware standpoint.  When it came to changes or upgrades for the 2020 iPad, Apple sat down and pretty much didn’t know what to improve. The only hardware thing they could do was focus on AR.

With all of the iPad’s internal capabilities and the magic keyboard that’s set to come out really pushes the device to be both a tablet and can nearly double as a laptop.  There is an A12Z Bionic Chip with the same 8 core CPU and now an 8 core GPU – this chip does perform slightly better than the 2018 Pro model which was a 7 core GPU.  But this chip is actually the exact same as the 2018 model but the 8th core was just disabled on the old model.  The device was tested on Geek bench 5 and in both the multi-core and single-core portion the 2020 model only saw a small improvement in their scores (about 1%).  Meanwhile, the graphics did see a pretty strong boost.

So fast, most laptops can’t keep up. Pro cameras and LiDar Scanner. And now you can use it with a trackpad.

There’s a new Camera System that consists of a 12MP at f/1.8 lens, a 10MP f/2.4 Ultrawide lens, and LiDAR.  This set up performs a bit worse than the iPhone 11 Pros.  One big change is in the third lens (LIDAR) – which stands for light detection and ranging.  It bounces a laser off of objects creating a better range of depth.  This depth sensor is impressive and is a huge improvement from previous generations.  It could be used for Augmented reality apps or measuring things.  Some professions may benefit from it, but it could have reliability issues which would be a huge setback and also many people would be paying for this feature even though it goes unused.

128GB is now the starting spec rather than the 64GB that we have seen in previous years.  6GB of RAM in all of the tablets.  Previously 6GB was offered only on 1TB storage options while the rest had 4GB of RAM.  There is improved microphone quality and it’s quite noticeable as well.  The new Wi-Fi 6 enhances network capacity and is both faster and more efficient.  The connectivity is improved in moments where there are more than 1 Wi-Fi devices in the area. Additionally, the iPad OS has an improved cursor control which was already impressive in the first place.

The following will discuss the features that didn’t see any change.  Although, many of these were already at a point where there was no need for improvement as they already were superseding the competition.  The iPad has the same quad-speaker system as well as the true tone technology display (2732 x 2048 pixels) with a 120Hz refresh rate.  The design didn’t change at all other than the housing for the camera and once again there will be no headphone jack.  Lastly, the battery life can provide about 10 hours while just browsing the internet or watching videos that saw no improvement from the previous model.

This device costs $799 for the 128GB 11” model and the 12.9” model with a terabyte of storage can get up to $1,650.  The price can jump even higher once you start buying all of the accessories (Apple Pencil 2, Magic Keyboard with Trackpad, and Smart Keyboard Folio).

Unfortunately, the changes made to the iPad were quite limited due to having such a strong device back in 2018.  The biggest change was to the camera and that is something that doesn’t assist every consumer.  The GPU improvement was helpful as well, but it was unfortunate that Apple tried to deceive the public by re-naming their chipset even though they just enabled a GPU core from the 2018 model.  The iPad is still extremely productive for a tablet and has the ability to be used constantly for professional creative work and can be used for everyday tasks as well. 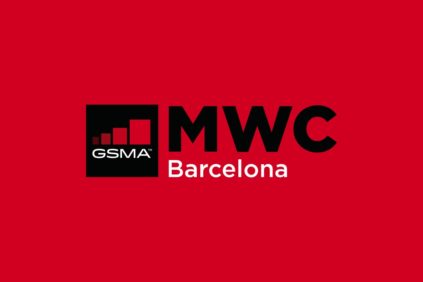